The tradition of Bar-B-Q and blues in Kansas City had its start in the 1930’s when Count Basie, Joe Turner and Charlie Parker hung out at the Old Kentucky Bar-B-Q near 18th and Vine.

We have award winning KCBS pit master Mike Nickle who has been with BB's for 30yrs putting his magic touch on the QUE!!! Mike is a Certified Kansas City Barbecue Society judge and Grand Champion BBQ Pit Master. He and his team Nickleboysbbq have won countless BBQ awards in all categories of KCBS. Competing with his Mom and Dad (Jim AKA Senior) and Connie Nickle for over 15yrs on the KCBS circuit was where Mike really dialed in his BBQ skills. Lindsay Shannon saw Mike grow into a love of BBQ and has allowed Mike to put that love into BB's every day. The unique granite stone Pit at BB's has no fancy thermostats or controls. You have true cave man tools!! Fire, wood, and smoke. Good ole hickory fuels the flavor and the smell walking up to the door is unmatched. You will be drooling before you sit down. Ask for a pit tour and you might get lucky if it is not to busy!!! Ask for Mike. 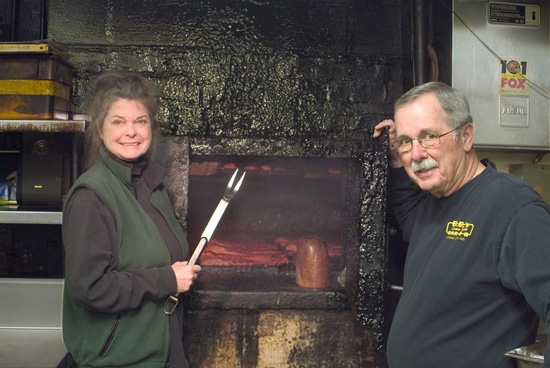 Jo says, “It was a tough decision but the location had everything we needed.” Everything includes a 1950s pit for smoking, a full kitchen, large parking lot, and of course, a room large enough to serve up blues as well as barbecue.

In 1992 Jo gave up her job in advertising to devote full-time effort to managing the kitchen, employees and the books. Lindsay handles the marketing, advertising and entertainment, and together they provide the food: Lindsay’s Kansas City-Style barbecue recipes and Jo’s Louisiana recipes. Everything is made from scratch-from the sauce to the bread pudding.

In the beginning BB’s main focus was barbecue, but it wasn’t long before Lindsay’s love of the blues made live music a permanent item on the menu. BB’s features live music Thursday through Sunday, and several special events are held each year, including the Sherwood Center Benefit, The Acoustic Blues Showcase, a benefit for the Kansas City Blues Society, as well as the Hope House benefit which helps abused women.

It takes more than a love of the blues to be a good blues promoter, and Lindsay’s credentials are impressive: founding member of the Kansas City Blues Society in 1980, blues radio DJ, and booking agent for the blues stage at Kansas City’s Spirit Festival. Lindsay’s successful radio show on KCFX, 101FM, The Fox, “The Kansas City Blues Show,” earned him the Blues Foundation’s “Keeping the Blues Alive” award for blues in commercial radio in 1992. Lindsay doesn’t credit any particular moment for his love of the blues or barbecue.

Back in the early 90's Lindsay and Jo employed Jimmy, Mike, and Kenneth Nickle AKA(The Nickleboys) in the kitchen. They started part time in high school, and MIke Nickle stayed after college and never left. 30 years flew by for Mike and his love of BBQ. Over the years many of their friends worked at bb's. Notably Joe Strobl, and Tim Lanigan.  He and his family became very involved in competitive BBQ in the KCBS. They competed and still do under the name NICKLEBOYSBBQ. Mike and his parents Jim and Connie won Grand and Reserve Grand Championships in the KCBS. They also won plenty of individual awards over the decade of competing. They still do a comp or two, but Mike and his brothers Jimmy and Kenneth Nickle are usually at BB's putting all that BBQ knowledge to work!!

This became quite the team with the Nickleboy's BBQ talents, and the Shannon's love of BB's, BBQ,  and live music. Sprinkle in a little Cajun flair with some good ole fashion hard work, love of new customers, friends, family, and amazing staff,  and BB's is a lot of fun!! The Nickle family recently became the new owners of BB's Lawnside BBQ in June of 2022. We are humbled to be able to take over such a great establishment the Shannon family built for the last 32 years.

When you come to Kansas City, be sure to stop by this friendly, family place. It’s easy to get there. As Lindsay says, “To find it, turn right on 85th, then go south about 60 years.” 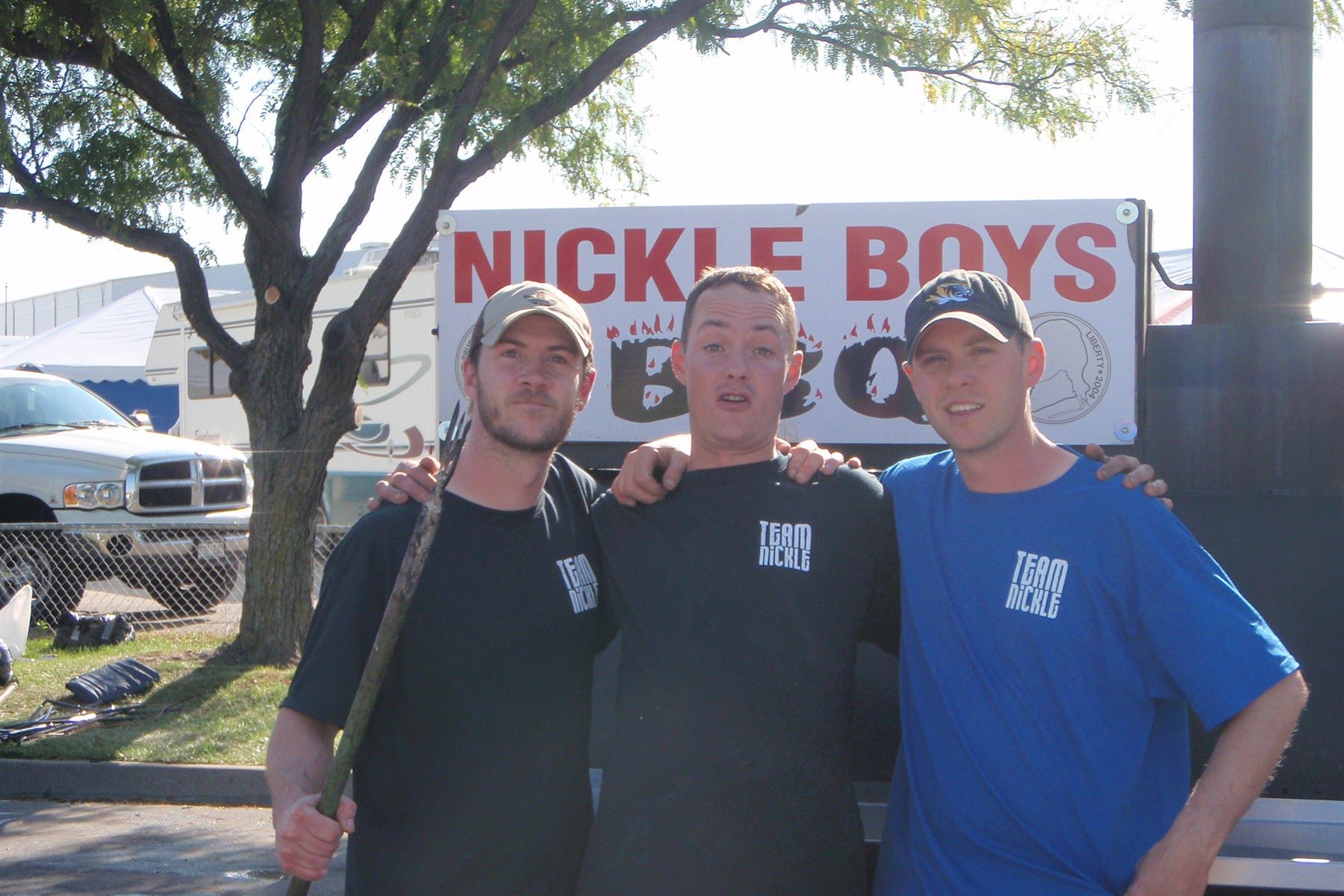